bibliotecadibellezza's review against another edition

riina_'s review against another edition

neiljostenn's review against another edition

The second half of this book was definitely 5 stars, but it just took me a little while to really start enjoying myself, hence the 4.5. I don't think it was even the book's fault that I wasn't getting into it at first, I think its just that I had to reimburse myself into this world before I could really start appreciating the story.
I loved Vivia in this, which was certainly expected but the way we got her point of view in contrast to Merik's was so interesting and I really hope she is a POV character for the rest of this series.
I can also see the Iseult and Aeduan enemies to friends (or allies I guess) to lovers starting to get somewhere which is exciting. And then there's Safi, who remains a favourite of mine, and I can't wait for her and Merik to find out that they are actually both alive and I really want it to happen via an emotional reunion where one of them sees the other across the room and its romantic as shit.

rhodamack09's review against another edition

This review was originally posted on StrupagI really enjoyed Truthwitch last year (see my thoughts here), so obviously Windwitch was high on my list of reads for 2017! Sadly, I was really disappointed with this book.

I guess the best way I can describe Windwitch is that I felt like it was a 'filler', bridging the gap between books one and three.

I kind of felt confused reading this book. In many ways, it felt like there was too much going on, and in other ways that very little actually happened.

For me, there wasn't the same spark with the characters. It all felt somewhat disjointed, I didn't feel compelled to read on. In fact, I hate to say this, but at times I was bored.

Dennard undoubtedly has great ideas and her world is certainly interesting. However, I just didn't click with this book. You know when you taste food and realise there's something missing, maybe salt, but you can't quite put your finger on it? Well, that's really how I felt the whole way through this novel.

I will read book three as I really hope this was just a second book issue, and I do genuinely want to know that will happen to our characters. I just wish that I'd enjoyed this book more.

rieke_reads's review against another edition


Hello and welcome to my little talk on why I gave this book 3 stars despite not enjoying myself and being bored for all those 400 pages.
Sometimes, my dear reader-friends, just sometimes your head knows a book is objectively good - plot and characters are fine, the world is interesting, everything makes sense - but you don't vibe with any of it. And you can not explain it at all.

It happens every once in a while. The Queen of the Tearling was another book I felt very meh about. I rated that book three stars as well, acknowledging how it did things right, had great aspects and a cool narrative. It just didn't work out for me. I can't pinpoint what bothered me so much.
I've mentioned how the characters are pretty interesting and distinguishable. The POVs are interesting and different each time. The writing is fine, the worldbuilding is ok too. The magic is elemental - something I love. The plot has many aspects to it and is layered while being intertwined. It makes perfect sense

But I didn't care for the characters, I was bored and I didn't enjoy my time. I wanted to finish this book asap - not because I loved it, no... I wanted to get it over with. I considered dnf'ing but decided against it, thinking I'd end up liking the story.
I did not.
Despite all of this, it isn't bad. It's just mediocre and the two aspects of CAWPILE it completely failed in were Intrigue and Enjoyment. Which are two very subjective categories.

And that's how Windwitch managed to get 3 stars in the end.

Nedless to say I won't continue with the series.

Windwitch was a solid sequel; not exactly paling in the light of Truthwitch, but not exactly shining either. One thing that was particularly noticeable for me was that I felt like the majority of the characters ended up in much the same place overall (mentally, if not geographically) at the end of the book as they were at the start, which made it feel very filler-y to me (not great when we’re only on book 2!). Honestly, very little seems to happen in this book and there are certainly no world-shaking revelations like the last book.

The fact that Dennard was able to handle such a crazy, twisting plot with such ease is a testament to the quality of her writing skills. Having multiple perspectives also allowed for a significant amount of character building, which again, was very much appreciated.


“The holiest always have the farthest to fall.” 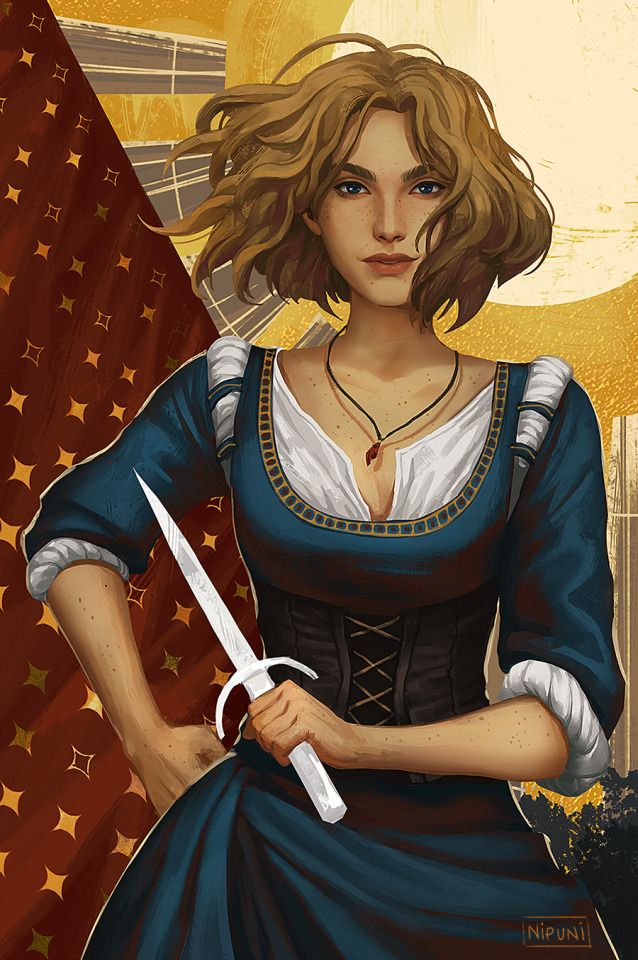 ☆Safiya, who was probably the dullest POV for me, as she runs into danger travelling with the Empress Vaness. she narrowly escapes a ship explosion with her life, only to spend the rest of the book as a prisoner to the Hell-Bards. Things finally get interesting when Safiya and Vaness eventually attempt an escape, and i love strong female characters in books.

Safi was the rose in the sunshine, and Iseult was the shadow behind. Without her, Iseult was just a bumbling collection of thoughts that constantly lead her astray,. 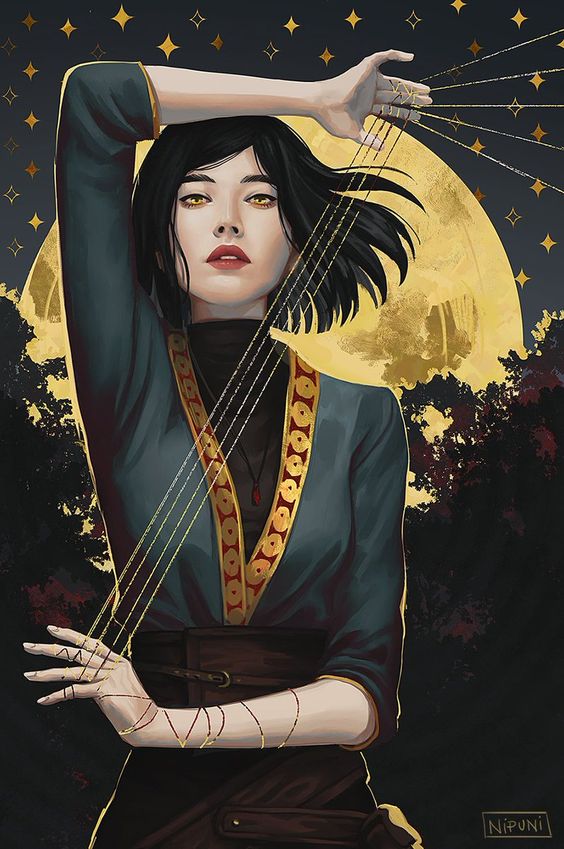 Iseult :begins her journey on the run, but quickly makes a bargain with Aeduan. All the while, she mentally battles with herself and the Puppeteer, unwilling to accept her identity as a Weaverwitch.and i loved the way she came around with her darker side. 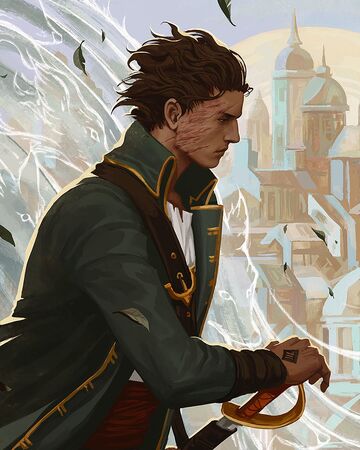 merik : is a Fury searching for answers and revenge. Yet the more answers he gets, the more aimless he becomes. The cover of this book is his picture and it's shame it was a little down for me because he was my favorite in previous book. Speaking of Merik… I know this kind of gets explained later in the book, but he’s always talking about how weak his witchery is, but he’s never seemed particularly weak to me. I mean, he can still use his powers to fly so…just how weak can he be?

“It is always easier to blame gods or legends than it is to face our own mistakes.” 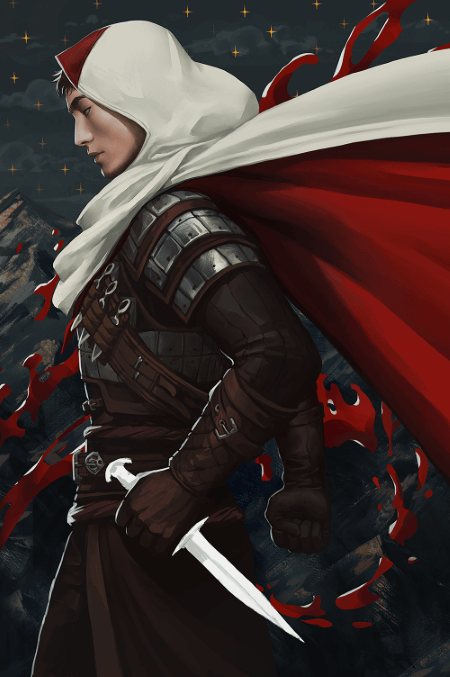 aeduan : himself undergoes a lot of character development (all of which is *hopefully* leading him towards a more positively involved path). Merik and Aeduan arguably had the most engaging story lines and underwent the most development as individuals. Both started off somewhat aimless, but as their story progressed, each found their purpose, came to terms with the demons in their past, and ultimately found their purpose before the book wrapped up.


“She did have regrets. Thousands of them, and the weight was too heavy for her to keep moving. She was a ship that could not sail, for its anchor—its thousands of anchors—locked it to the sea floor.” 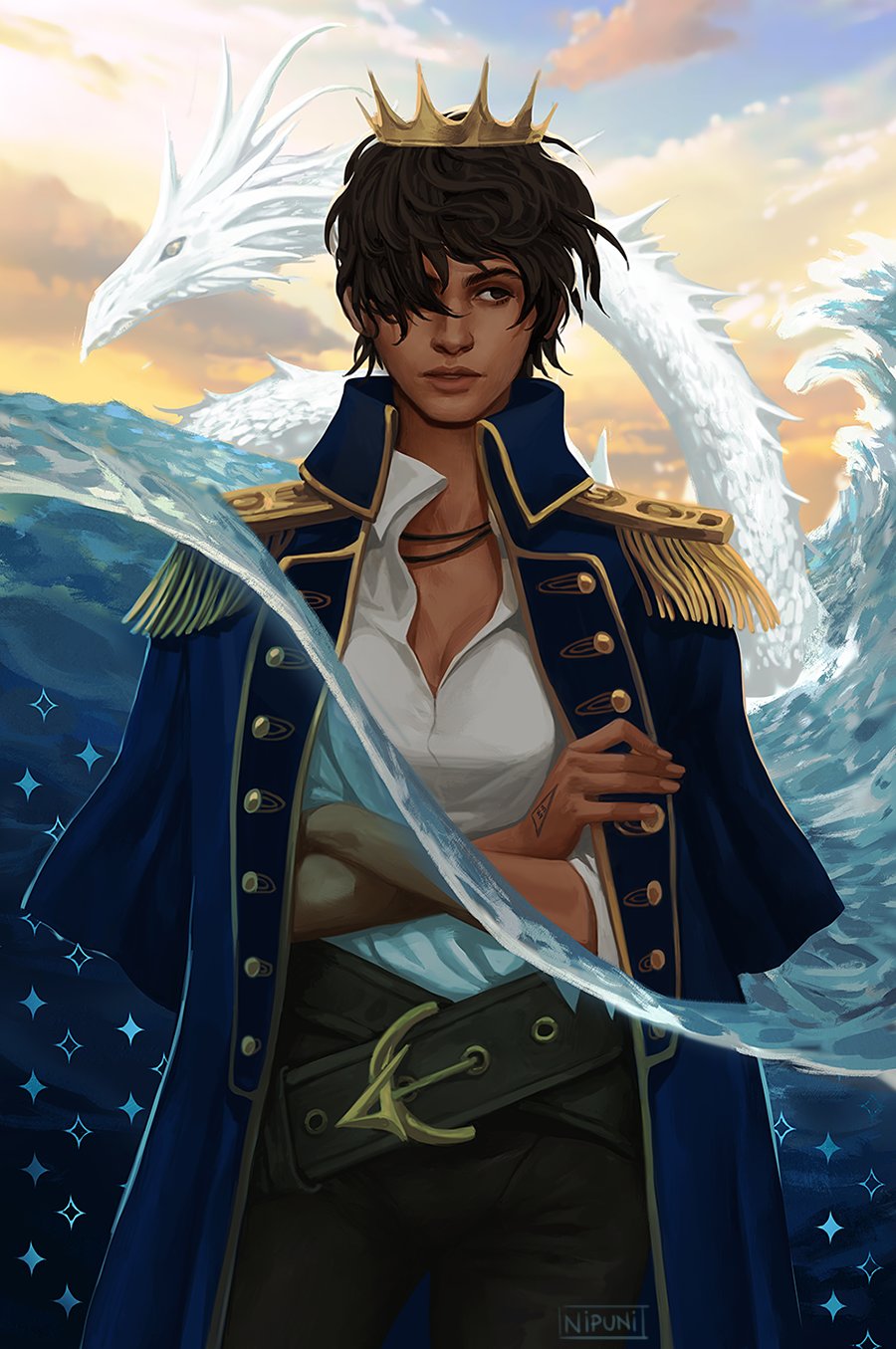 Finally Vivia : is working hard to feed the Nubrevnans, and her plans for pirating the food (aka stealing it from wherever they can get it), were going wonderfully.i liked that we get a lesbian character and her relation development with her first mate, stix was quite well done. although basically nothing happened. 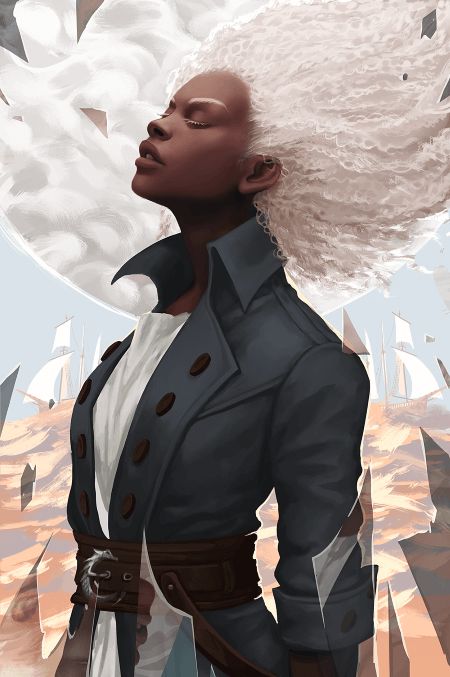 In this book the romance was dropped mostly the one blooming between safya and merik and that being said, the reader may feel a bit jilted as relationships developed in Truthwitch aren’t acted upon, since the characters simply don’t see each other throughout the novel.

despite some trust building between Aeduan and Iseult, some pining thoughts(which I'm here for a slow burn , first-building-trust-then-act romance) potential future relationships, there’s really nothing on the romance front.

Overall, I liked Windwitch just a bit less that Truthwitch. Arguably, Windwitch had a lot to live up to, but in the end, it just fell short. I really do hope we get to see safya back with her friend or merik. It’s an entertaining read, but it feels like it’s just moving chess pieces around in preparation for more interesting things to happen later on.

tpanik's review against another edition

As captivating as the first one; the magic is strong and the plot moves at break-neck speed.

vintage8soul's review against another edition

Still love the world Susan Dennard created and the characters as well. But something was so very off about the pacing in this book for me. I struggled to get through it. And I missed all the interactions between Safi and Merik and Safi and Iseult.

hattubel's review against another edition

"Dead men weren't supposed to care."
"Pain was her lesson for dreaming to big."
More...