steff_fox's review against another edition 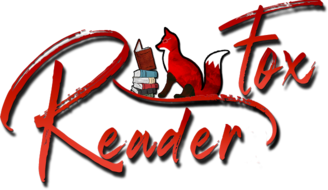 Perhaps the most ironic thing about my reading this book is the fact that I don't really care for Tangled The Series as a show. I watched the movie and a few episodes and still don't quite get why it was necessary to bring the magical hair back. Also, it was all just very meh for me.

So, the truth is that I probably would never have read this book were I not a huge fan of the author and illustrator, Katie Cook.

While I adored Tangled, I admittedly don't know much about the series and genuinely have very little interest in watching it. Granted, I'm not the target age group, so I think this is fully understandable.

But, I do know Katie Cook via her webcomic, Nothing Special--fingers crossed it ends up published physically one day so I can actually put it on my shelf--which I just loved. So, knowing she also writes and illustrates children's books, I decided one day to see what books of hers were available at my library. Tangled: The Series: Hair and Now was the only book of hers available.

Side note: illustrators Eduard Petrovich, Rosa La Barbera, Diogo Saito, and Monica Catalano also were involved in the making of this book.

Now, if you're going into this book with only the movie for knowledge, you'll probably find yourself a little disappointed. There are a bunch of new characters included in this book (as they are in the show) that you'll have to get acquainted with. And personally, I don't really care for them. I mean, I love Tangled. And I love it for what it offered initially. And while I'm not entirely against characters being added, the ones that were are just a little bit unrealistic to me.

Ultimately, Hair and Now is a collection of short stories or, episodes, that feature various characters from the show. This particular version is just one of them.

Under the Big Top

Rapunzel and crew head to the circus. Amusingly, Eugene (or Flynn, which I honestly prefer) is afraid of clowns. There's a magical bird being kept in captivity and so Rapunzel, who was kept in captivity her whole life, sets out to free it. This was a cute story overall, but the plot line is completely dropped by the end of it all. This kind of disappointed me since there was a lot of potential for future endeavors. I mean, surely the circus guy would want revenge?

Overall, the stories are all very cute and interesting. I can certainly see young kids who are really invested in Tangled overall enjoying it.

dreaming_of_eutony's review against another edition

A delightful collection of stories centered around our favorite long-locked princess, her roguish boyfriend, Eugene and sword-wielding best friend, Cassandra.

I thoroughly enjoyed these stories, the plots were simple but full of fun and each had a subtle moral lesson that could easily be picked up by any younger readers.
The art was bright and full of detail and each character was stroke for stroke a perfect match to the tv series.
I also loved how spot on the characterization was for our trio, from Eugene's charm and deep love for Rapunzel to Cassandra's dry wit and loyalty to her best friends and of course, Rapunzel's constant delight with the world and forgiving nature.

I recommend this for any fans of the movie or show, whatever your age, it is a quick and fun read that has definitely left me wanting to read more Tangled adventures!
More...