smjw86's review against another edition

rashi's review against another edition

yoyology's review against another edition

This is not the first time I've read World's End, but it's the first time without reading all the other Sandman volumes first. Surprised how well it stands alone.

darillium's review against another edition

literary_princess's review against another edition

Also, the illustrations in this volume were very comic strip-like, which is an interesting change from some of the other Sandman volumes I've been reading.

This is an incredible series. There's not really much more to say about it.

lynnelovesbooks's review against another edition

I just love Neil Gaiman and "The Sandman" series so, so much.

pjmurphy3's review against another edition

Again a great addition into the Sandman Chronicles. The different stories were compelling interesting. The different styles of of artwork were great and really made these stories much more clear. I really liked the story of The Golden Boy because it really emphasize some of the things are going on politically in our country. With the ending that it was interested to see what happens in the next books, so I will continue to read.

This 8th volume in the series was full of stories. Stories told by different people from different worlds and realms being stranded in the Inn at the End of the Worlds.

A storm has swept through the realities, thus also landing co-workers-on-a-roadtrip Charlene and Brent at the inn (with the help of a hedgehog), where many creatures managed to find refuge in the inn and now they all need to kill time until the storm is over.

The stories told to do just that tell of sea serpents, girls trying to pass as boys on ships, the trade of burying bodies, politics involving faeries, a perfect president for (one version of) the USA and much more. All the stories are linked by the people who experienced the events and some eternals having been involved, too. And then there is the whole reason for the storm taking place that made me shudder ( - I was wondering if this would happen and I guess I have my answer now so all there is to find out is how and if it's gonna be permanent)! 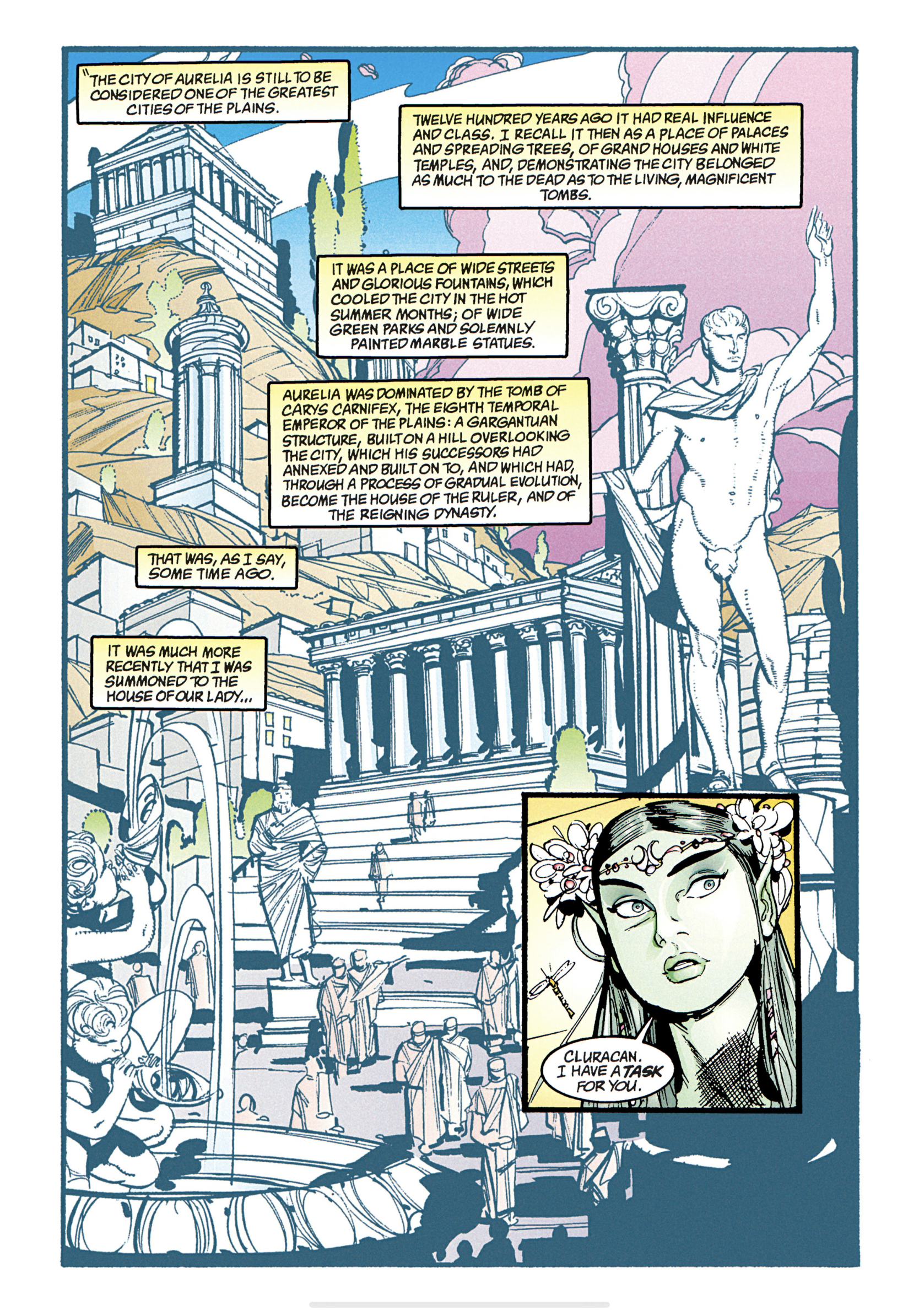 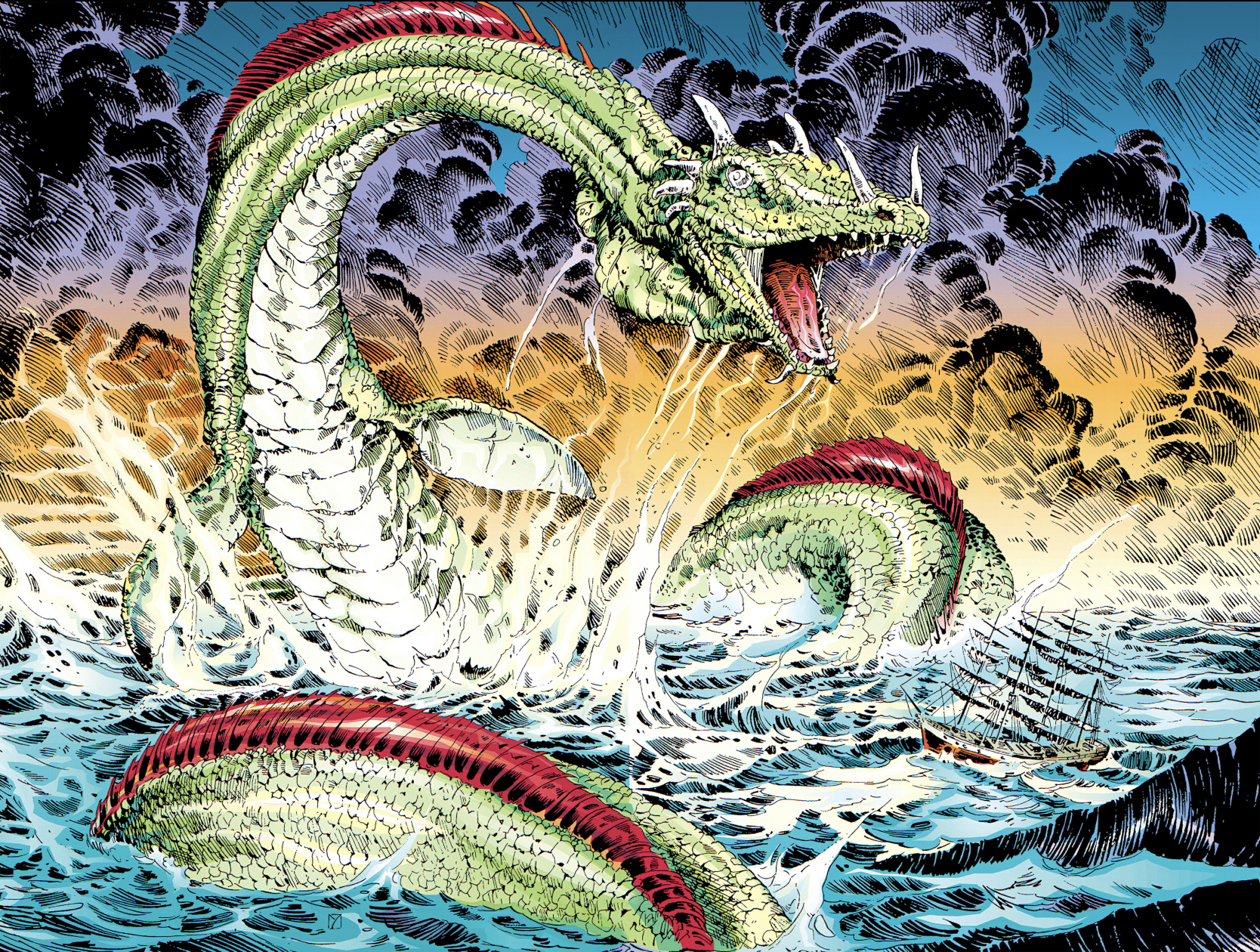 The art style I liked best came in the end for the grand finale: 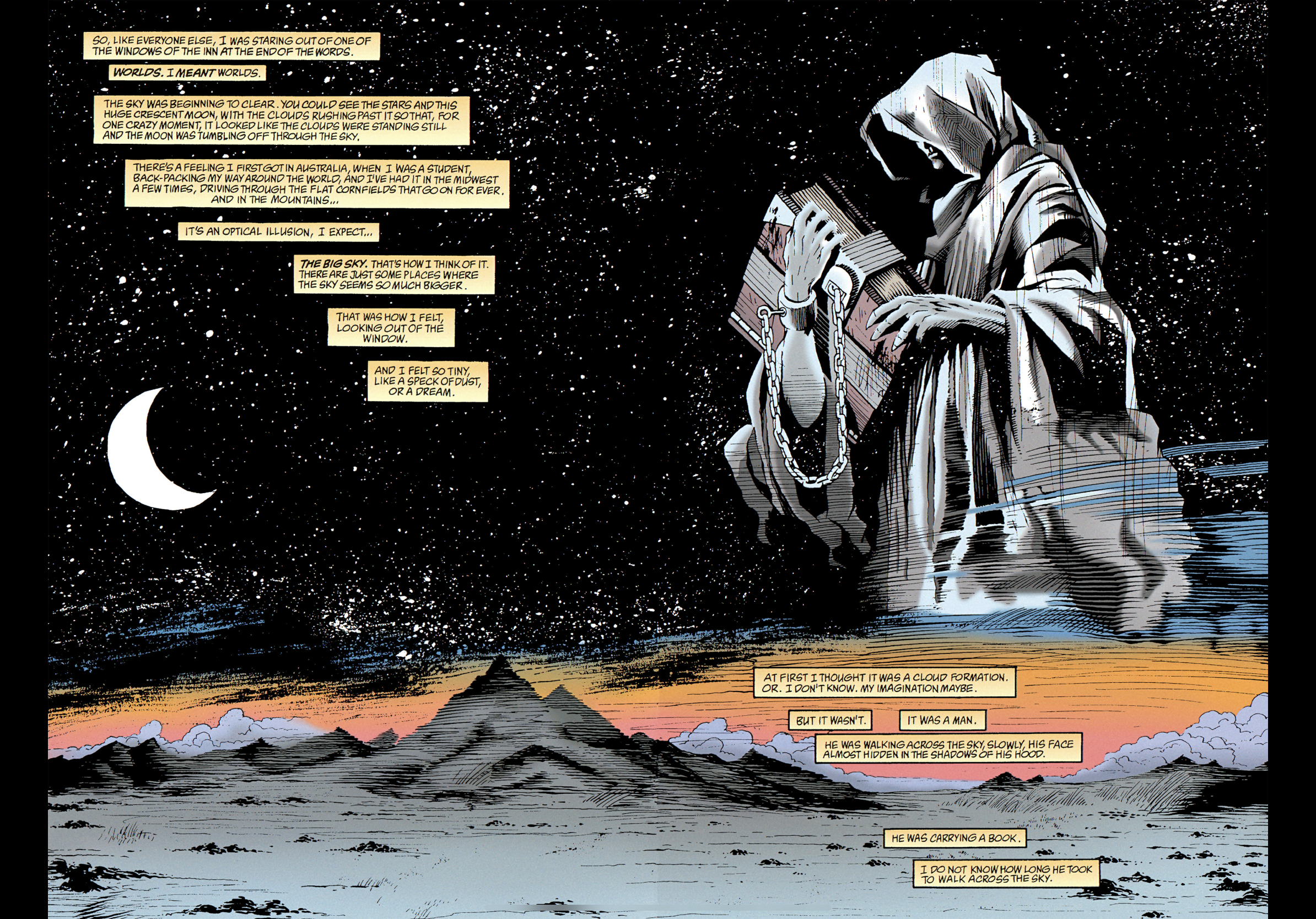 There were a few moments while reading this volume when I wondered if Gaiman w as referencing other well-known authors and their works. Such as Douglas Adams regarding the inn itself and Watchmen with Boss-Smiley.

Once again, a deeply immersive tale with lots of layers. One has to pay close attention to pick up the clues (important for issues and volumes to come) and it's that crisp and intelligent writing I love so much about this series.

tee_tuhm's review against another edition

This is why I love and read this series. Major storytelling volume. With the most moving funeral scene I've ever seen.
More...