literary_princess's review against another edition

Now that I've finished, I think I need to start again.

phoenicality's review against another edition

Not going to review each volume of the series. Some were better than others, but the whole series coheres together well.

I really liked the way this series ended up. Throughout the whole series it traces an arc that you sometimes don't even notice, but it's wrapped up very well and rather very concisely in the last volume, one of those times where you look back over the whole and see it in a new light. "Ohhhh, THAT'S where he was going with that." I say this not as a particular fan of Gaiman's, but this series is/was very well done.

pjmurphy3's review against another edition

For the conclusion of the series it was a really good book because it gave us great sense of closure to the stories. I like seeing what happens with everyone. The story of The Tempest and Shakespeare was it interesting tidbit given that the Tempest was Shakespeare's last play so it gives them a sense of closure.

This is the last volume in the Sandman series. Well, except for volume 0 that was published last but tells of the very beginning (with spoilers though so I really recommend reading it last). And it is a farewell.

Dream of the Endless is dead and we are all attending his wake and funeral. All creatures are in attendance, in fact, and we all speak. Thus, characters from throughout the series recount their relationship with Morpheus and - often without them realizing it - discover their interconnectedness.

As such, the volume was not too gripping or in any way action-laden. It was indeed a goodbye from Neil Gaiman and the artists but it was what the character deserved and it was beautiful. As was the art (it was quite different from what we had seen before). 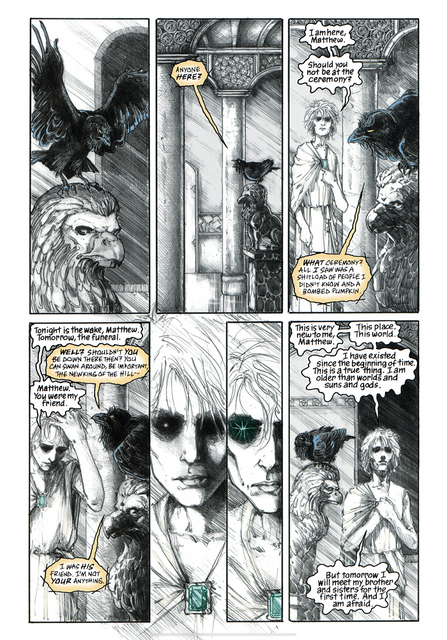 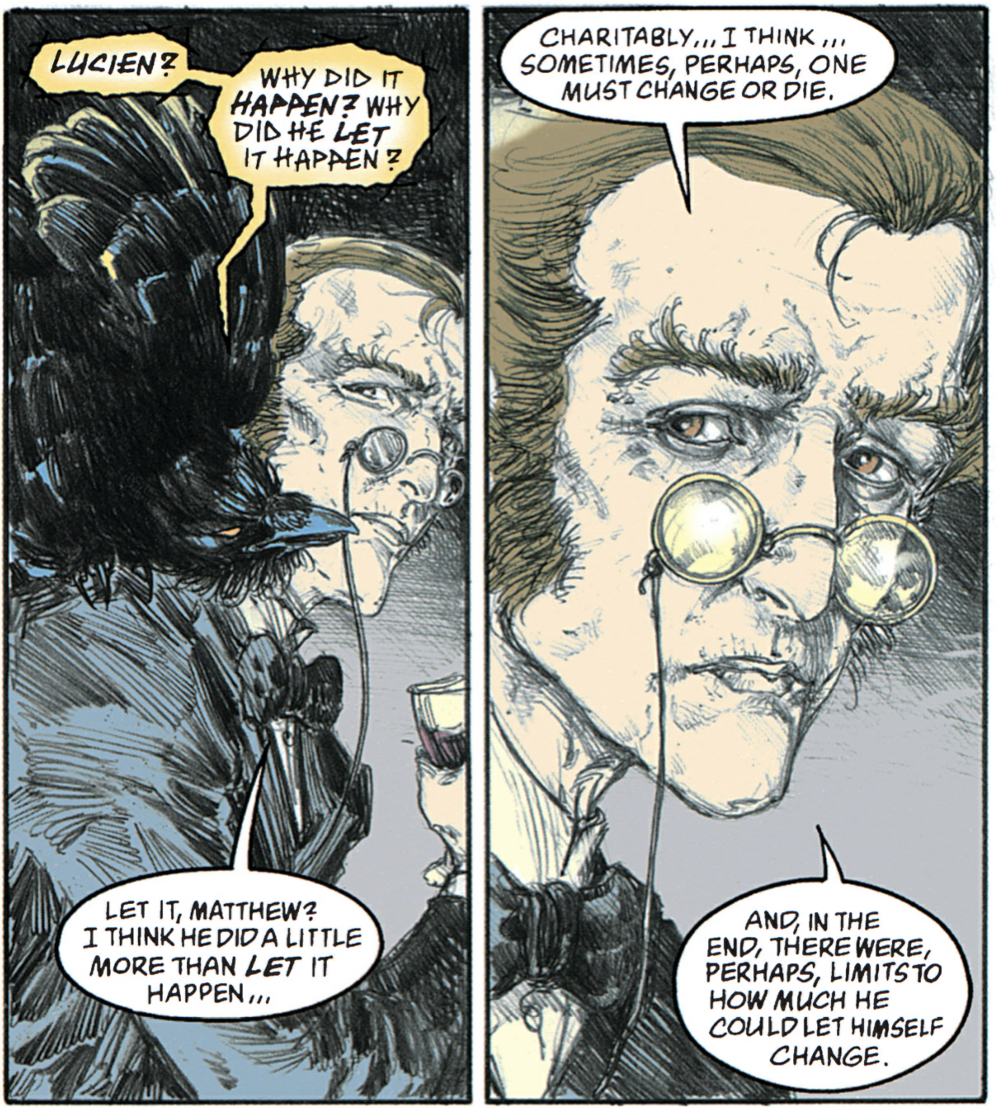 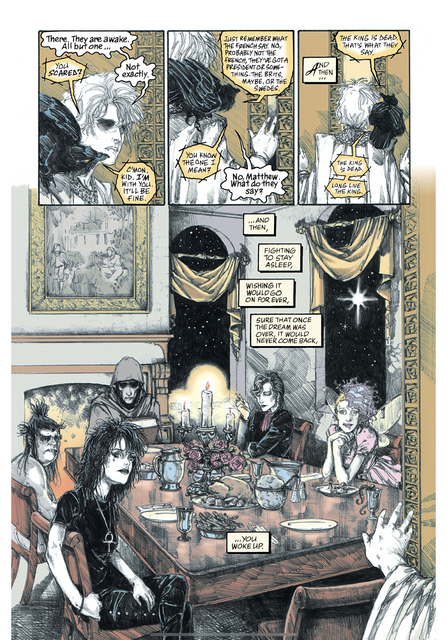 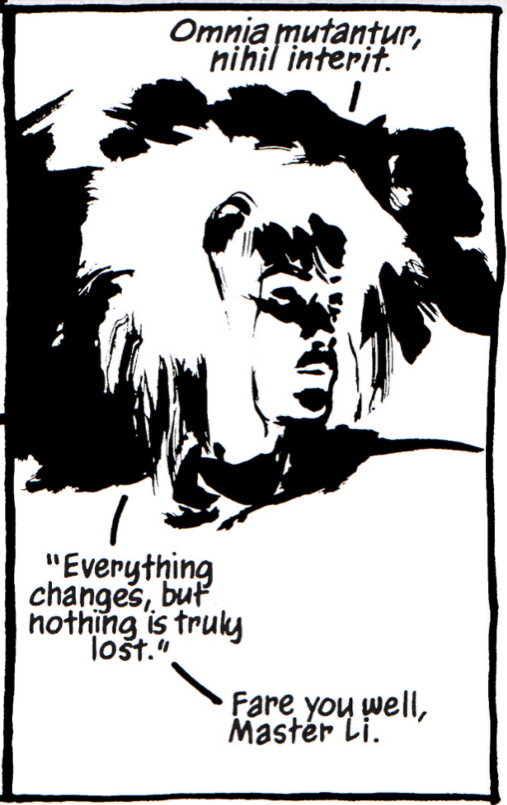 And as we are used to by now, the writing packed a punch or one hundred (also see some examples above). Not just because we learn what Morpheus meant to so many creatures but also because of the author's take on love, faithfulness, loss, grief and solace.

The volume was difficult for me to get through. Forget the "epilogue" with the stories of Master Li, Will Shakespeare or Bob Gadling, the actual volume was one long funeral procession and it was breaking my heart. Though, truth be told, the epilogue didn't help either. Still, it also gave me closure - despite that not meaning that I'm OK with what happened.

A truly epic series that deserves all the praise it has gotten and is still getting with intelligent writing, tons of details from all kinds of mythologies intertwined with important aspects of history and such rich in imagery!

tee_tuhm's review against another edition

This had my favorite artwork of the series. Really lovely.

Also I don't want this to be over.

hiko's review against another edition

myliterarylove's review against another edition

A poetic end to this journey through the famous Sandman series.
I'd like to revisit these graphic novels in a few years and see what I think of them then.
More...