dissidentreviews's review against another edition

Originally published on my blog here in June 1998.

This is a much earlier Appleby novel than the two Michael Innes books I had read previously, and much more in the detective fiction mould than the thriller mould of Operation Pax. In fact, the background to Hamlet, Revenge! is about as archetypal as you can get: an amateur dramatic performance of Hamlet during a country house house-party at which the actor playing a character who is killed (in this case Polonius) is actually murdered.

Everything is on a rather large scale; the amateur dramatic performance includes as Hamlet the greatest professional actor of the day, Melville Clay; the country house is at Scamnum Court, modelled on Blenheim Palace and seat of the Duke of Horton; Polonius is not killed by a sword stroke from Hamlet but is killed by a gunshot at the moment when his stage death would happen; and the fact that Polonius is played by Lord Auldearn, a major political figure currently co-ordinating some top secret defence work means that an espionage thread can be worked into the plot. The murderer has also been rather cheeky, by sending warning messages in apparently easily traced ways, and by taking apparently reckless risks.

I enjoyed John Appleby's unravelling of the plot greatly, and will be reading more to fill in his career from this early novel to the late ones like [b:Silence Observed|1360745|Silence Observed (Inspector Appleby Mystery)|Michael Innes|http://photo.goodreads.com/books/1182988439s/1360745.jpg|1350526]. 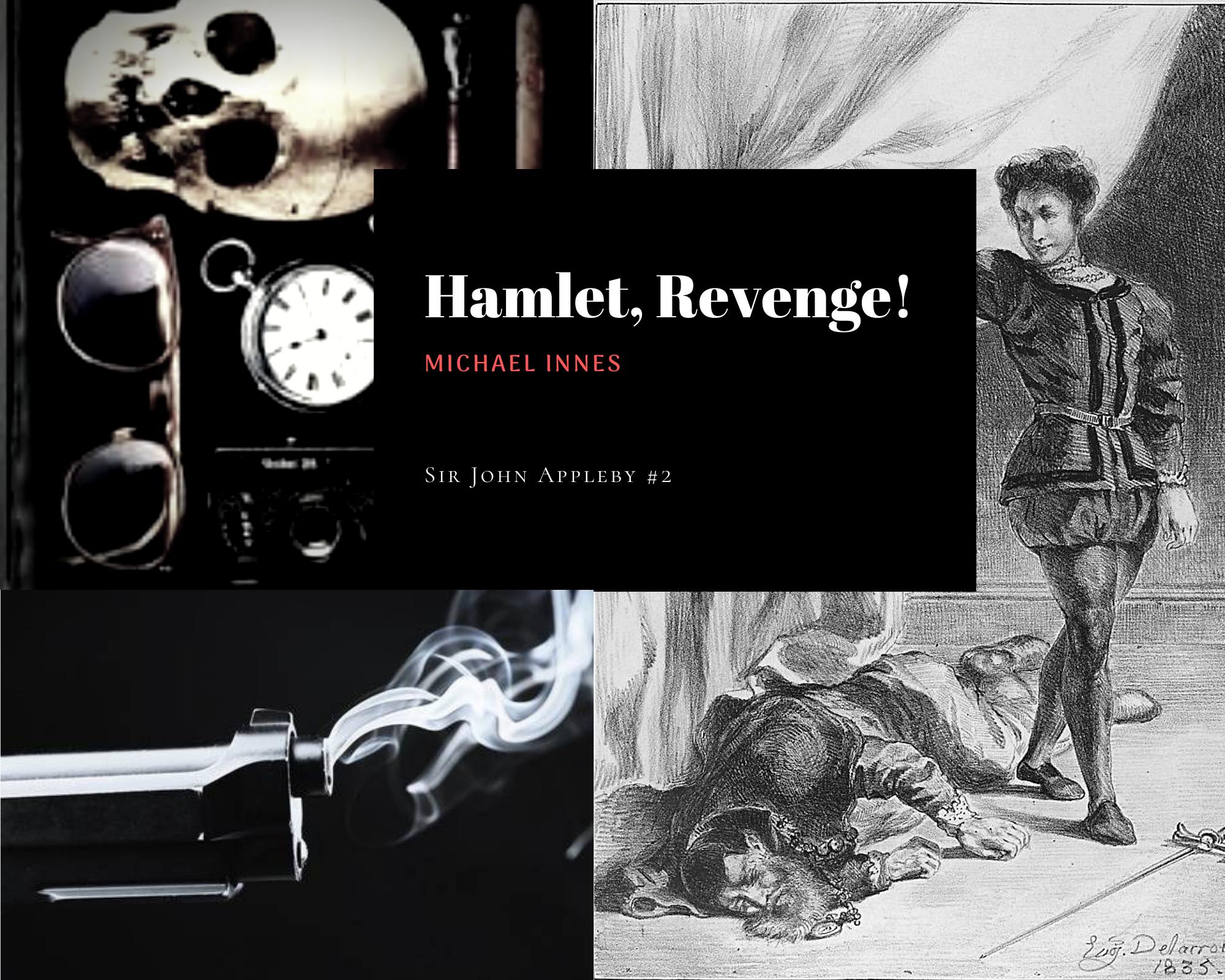 I recently read the first book in this series, which I liked so much that I decided to read this book as well. Unfortunately, although the criminal mystery is very good, I did not like this book as much as the previous one.

To begin with, I had a big problem with getting into the story. This is a fairly short book, but the beginning is really long and extensive. The author devotes a lot of time to outline the background of the whole situation, individual characters and relationships between them. Unfortunately, it wasn't so interesting for me. In the first book, the action of the book begins with finding a corpse and this format suits me much better. Here I was close to leaving this book unfinished. And even when there is a murder finally, in my opinion, the action does not pick up the pace much. The whole story became really interesting to me only somewhere around 40%.

Too long introduction to the story made me easily distracted, I did not pay proper attention to all characters. This took revenge on me later when I couldn't fully distinguish all the characters. It's my fault, really. And there are a lot of characters. In my opinion a little too many. I admit that sometimes I found it hard to distinguish them. It only made it more difficult for me to fully enjoy this book.

The plot is very good. Although it seems to me that in the first book it was a bit better, but it is possible that it is only a matter of the fact that the first book was generally more interesting to me. Anyway, the whole intrigue is multithreaded and complicated. Of course, there are many suspects, as well as motives. Definitely a very good story.

The writing style is as floral and erudite as in the first book. For a person like me for whom English is not a native language, this creates some problems. But either I have already got used it after the first book, or this book is written a little simpler, whatever the reason, it was easier for me to read this book than the previous one. People who like such a beautiful language in their reads will not be disappointed.

Although it probably took me three or four months to read this book, I don't regret it. Still, I admit it was an effort for me and I won't read another book in this series soon. But I do not rule out finally reading one, because I like the main character, and the mysteries in these stories are really worth it.