Abby and the Best Kid Ever, by Nola Thacker, Ann M. Martin

Read my recap at A Year with the BSC via Stoneybrook Forever: www.livethemovies.com/bsc-blog/abby-and-the-best-kid-ever

this is my first time reading this book.

in this book by ghostwriter [a:Nola Thacker|133114|Nola Thacker|https://s.gr-assets.com/assets/nophoto/user/f_50x66-6a03a5c12233c941481992b82eea8d23.png], two new families are moving to town with kids that are bsc client ages: the nichollses (whose father seems abusive, foreshadowing [b:Claudia and the Terrible Truth|558169|Claudia and the Terrible Truth (The Baby-Sitters Club, #117)|Ann M. Martin|https://images.gr-assets.com/books/1387739127s/558169.jpg|545347]) and the mcnallys. does that name seem familiar? yes, lou mcnally from [b:Kristy and the Worst Kid Ever|1383112|Kristy and the Worst Kid Ever (The Baby-Sitters Club, #62)|Ann M. Martin|https://images.gr-assets.com/books/1444961319s/1383112.jpg|1507668] is BACK, and now she’s trying to be the best kid ever and failing miserably. she keeps overdoing it while trying to help and accidentally making things worse -- like when someone comes to a party at your house and insists on helping you clean up even though you tell them you can handle the cleanup and then they use a scouring pad on your nonstick pan and then your nonstick pan is irretrievably damaged (not like I’m speaking from personal experience or anything…). abby has decided to include the bsc kids in her black history month extra credit project, which gives lou even more chances to ruin things for abby with her good intentions. 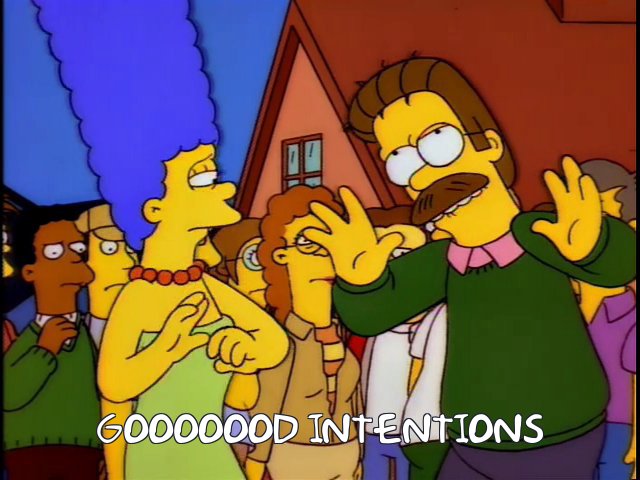 abby has no focus and no idea what she wants to do for her project, and eventually after kristy sideeyes her a couple times for her lack of organization she decides to focus on stories about white saviors helping black enslaved people escape through the underground railroad. because black history month is obviously about white people, right? eventually lou cracks and makes it clear that she’s scared her adoptive parents (her aunt and uncle) will give her up. they tell her they love her unconditionally. so that’s resolved. the subplot is that sean addison from [b:Mary Anne and the Library Mystery|433227|Mary Anne and the Library Mystery (Baby-Sitters Club Mystery, #13)|Ann M. Martin|https://images.gr-assets.com/books/1387742600s/433227.jpg|422170] and [b:Claudia, Queen of the Seventh Grade|558346|Claudia, Queen of the Seventh Grade (The Baby-Sitters Club, #106)|Ann M. Martin|https://images.gr-assets.com/books/1387743875s/558346.jpg|545523] freaks out because he thinks that the bsc won’t miss him when the addisons move away. because he is one of those kids who pours salt on snails and will grow up to do worse things, possibly because he has some of the most neglectful parents in the entire bsc universe (see [b:Claudia and the Sad Goodbye|1965695|Claudia and the Sad Goodbye (The Babysitters Club, #26)|Ann M. Martin|https://images.gr-assets.com/books/1509624129s/1965695.jpg|2227699]).

highlights:
-soapbox feminist abby, on presidents day and mlk day: "where is a day for the women? why don't we have susan b. anthony day? or sojourner truth day?"

lowlights/nitpicks:
-abby suggests that since philadelphia is the city of brotherly love, there should be a city named philasororia for city of sisterly love. but that would be combining greek and latin roots. the greek word for city of sisterly love would ALSO be philadelphia, because adelphi means sibling (and in actuality philadelphia means the city of siblingly love). can you tell I’m married to a classicist?
-abby says "easy as pie" and stacey says "pi? r squared?" but that's nonsense. pi r squared is the function for solving the area of a circle, but a true math nerd wouldn't have brought that function up out of nowhere and would instead have said, "3.1415926?" or "archimedes' constant?" or something. can you tell I'm a math nerd?
-lou knocks over a cart when trying to take a book from it. sounds like that library has flimsy carts. a lawsuit waiting to happen, cause a kid is DEFINITELY gonna get injured by it. it’s not lou’s fault at all.
-like the simpsons episode where the whole black history month project is about lisa trying to convince people that her family were white saviors, i.e. making bhm about white people, abby portrays all of the white people saving the black enslaved people in her 60 minute video project. I guess you can’t portray the actual enslaved people when you live in a town as white as stoneybrook, but still...smdh
-abby claims her movie is a documentary, which it's clearly not. or I guess one aspect of it is the making of the movie itself, which I guess could be a documentary, but that's only one part of the movie

outfits
claudia outfit:
-"She had on a red tunic with an orange-red braided belt (that she had made herself, naturally). Her leggings were a rose-pink color, and she had on black shiny flats with tiny rosettes on the toe. She'd pulled her hair back with a large red silk scarf that matched the tunic. Her earrings were silver snowflakes, also homemade."

stacey outfit:
-"Stacey was wearing a cropped sweater in dark blue-green that looked good with her blue eyes. She also had on a short skirt (black faux suede), pale blue tights, and very cool-looking black suede boots that came to just above her knees. Tiny gold knot earrings completed her ensemble."

(LL)
This one was kind of boring, despite the return of Lou and her incredibly sad story. The main plot of Lou and her being “too perfect” and the subplot of Abby’s big project constantly were taking over each other, so neither plot got the attention it needed to make it that interesting.
More...