How to Catch a Queen, by Alyssa Cole

nico1000's review against another edition

The Good:
The audiobook narrator does a very lively, very spirited, maximum effort performance with the audiobook. It's eleven hours long, but she made it go quickly with all the voices and accent changes. I would not have finished this if I'd had to read it with my eyes.

The Bad:
In a nutshell, remember Margaery and Tommen? 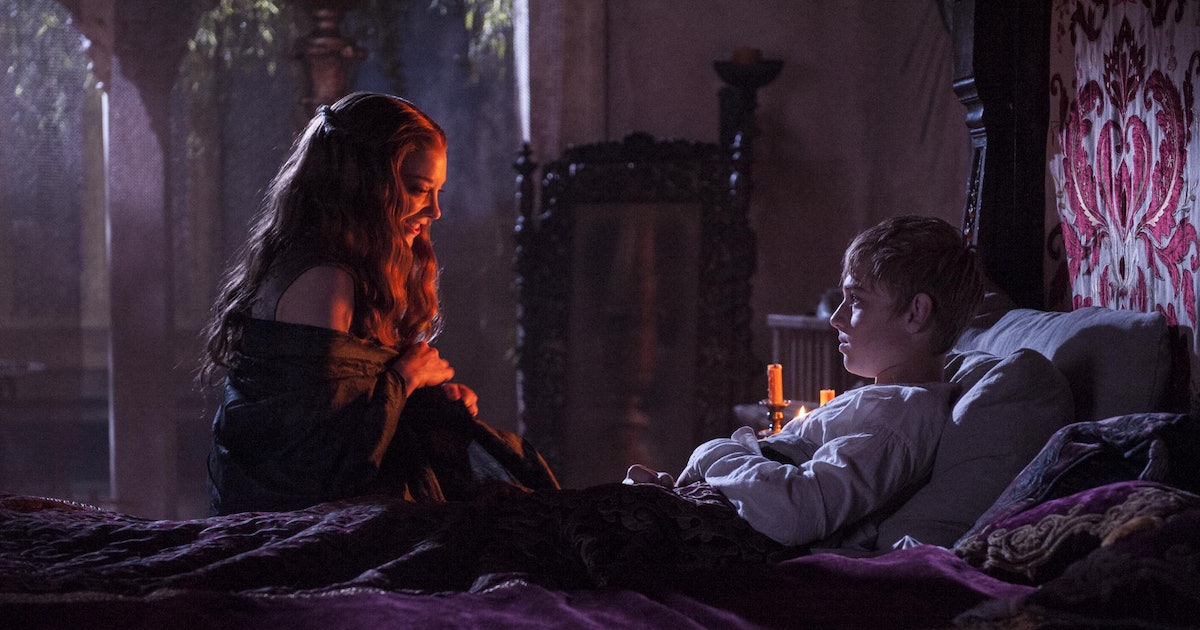 HTCAQ is probably a good story if you don't go in expecting romance. With the level of worldbuilding, sketchy backstories, mysteriously vanished queens, power-hungry viziers, gods, goddesses, and prophecied rulers involved, the story would fit much better in the epic fantasy genre. The only thing missing is a dragon and a magic system.

As a romance though, it's terrible. I don't want to say terrible, but yeah. The characters don't fit together organically, they just live in the same place (in separate wings). There's no chemistry between them. No love. Barely any conversations, really. Even the lust component seems perfunctory and tacked on.

Shanti is a career queen. She doesn't care who she has to marry, she just wants to be queen. That's her only goal in life. She's going to be kind to her subjects, empower women, and be the kind, strong female ruler the people always needed. She's a self-declared heroine who's going to fix the kingdom because that's her raison d'être.

Sanyu on the other hand is so child-coded, at a certain point it became uncomfortable to read about him. The country is deeply misogynistic and the black patriarchy vibe is strong, and he's this gullible, anxious child who's grown up in that toxic milieu and supposedly doesn't know better... Never mind that he's thirty-two and has access to the internet and should know that misogyny is bad.

He's a YA hero stuck in a coming of age story and for the largest part, he's a weak, deeply unlikeable, manchild who still hasn't been weaned off the teat of his avuncular "evil advisor." Think Tommen and Cersei. Or Scar and Simba. 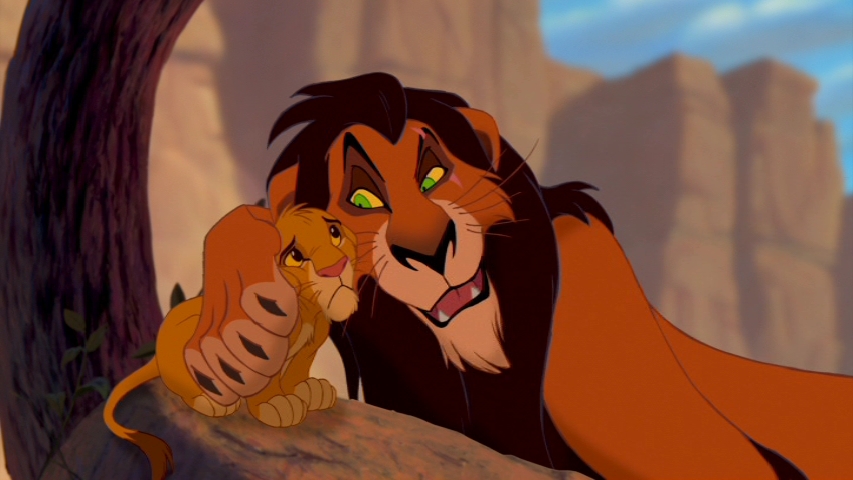 And okay, sure, most modern-day royalty romances are about the queen using her feminine wiles to effect change in the kingdom... but the toxic masculinity in this story was so heavy and suppressive, it overwhelmed any kind of statement it could have made about female empowerment. Witnessing Shanti's desperation to be accepted by her manchild husband before her trial expired, (yes, she was on a four-month trial, you know, like the sign-up offer on the Tidal app), it was just too much for me. In some parts, it reminded me of that horrible "Bark Like A Dog" scene in Coming to America...

I mean, take this scene where she apologizes to him for working with some small scale activists who want to bring the country into the 21st century:

“I—I was wrong,” Shanti said, her voice shaky. “I thought I was thinking outside the box, working with what I had, because I’m a rat.”

“That’s my nickname. If I see something I want, I go after it relentlessly. I’ll find my way through the most difficult maze. I’ll chew through concrete. I’ll find a tunnel out of the palace and people who I think need my help, without realizing how that might make you feel. Relentless Rat.”

Her father calls her "Little Rat" as a nickname and it's supposed to be endearing, but it was just so cringe for me, watching this supposedly strong woman repeatedly call herself a rat. I don't mind the animal nicknames of endearment, I really don't. But make it cute. That's my only thing. Dove, kitten, Bunny Babe, Foxy, Baby Bear... Rat?

I just don't need that in a romance novel with a black woman. I don't care if she's referring to some cute African version of the rodent. I do not want it.

All in all, it just didn't work for me. Shanti is in a chick lit story about landing her dream job in a super-toxic, almost radioactive, male-dominated workplace, and Sanyu is in a Disney fable about being yourself and how it's okay to stand up to your family because their love is unconditional... And those two stories just don't combine into anything even remotely resembling a romance.

I was supposed to be hoping that charisma-less King Sanyu enjoyed his trial wife enough to buy the license? I mean, really? This is Shanti, the supposed heroine three chapters from the end, begging her husband to click "buy" on her before his trial expires:

And how was I supposed to ask you when you haven’t even told me if you want me here next weekend or after? The trial ends in a week and you’re just leaving that carrot dangling in front of me. Until when? What do I have to do to be deserving of it?

Something went wrong with the pace and the construction... It's like ordering chocolate cake and receiving a fig and carrot pie with Hershey's Kisses studded into the crust. Like, the ingredients are there and it's all completely edible, but why?

this one started a bit slow for me and I struggled feeling the connection between Shanti and Sanyu but as the story progressed I enjoyed it more and more. I loved how strong of a heroine Shanti was I always love a female lead that takes no shit. I also loved seeing the progression in these characters as they all changed and learnt new ways to rule their kingdom. Oh and I can’t forget this book was also steamy hot

This was okay. I like it and I like this author. She always tells a great story. I think I would have like it more if I had been in a different mind set. So don’t let my review stop you from reading this book or any other book by this author!

We absolutely loved Alyssa Cole's latest Royal romance. After meeting Shanti in previous entries in her Reluctant Royals series, we were wondering how Cole would redeem her. After all, Shanti is an avowed royal-chaser, someone who just wants to be a queen - and it doesn't matter who the king is, where he lives, or what country he governs. And the truth is, yes, Shanti does want to be a queen - but she wants to be a queen because she sees it as her best way to effect change. (This is something that we might quibble with in real life, but let's be honest: we're reading a romance novel in a new series called "Runaway Royals," so we can suspend a little disbelief in the interests of fun.)

So if Shanti is chasing a royal spouse, who is the "runaway" in the couple? That would be Sanyu. He has been raised from a young age to understand both that he must take over governance and maintain his father's legacy after his father's death, and that he is just not up to the task. His upbringing has left him feeling inadequate, especially since he suffers from stage fright and social anxiety. Can Shanti help him conquer his fears and become the ruler his country needs?

The book is not only a fun read, it also tackles some serious issues. Of course there is Sanyu's social anxiety, but we also see how committed Shanti is to social justice and gender equality, and Cole even manages to weave in post-colonialism and indigenous erasure. Plus, the sex is really hot.

All in all, highly recommended.

Meg: A book about a royal-chaser who gets her wish of marrying a king - but GOOD!

Laine: When you aren't born royal, the only option is to surprise marry an unprepared king.

This objective review is based on a complimentary advanced reader copy provided by NetGalley and Avon.

When I say chefs kiss romance this is wtf I meannnnnn? Alyssa Coke just does not miss!!!

biddywink's review against another edition

[a:Alyssa Cole|7790155|Alyssa Cole|https://images.gr-assets.com/authors/1556901538p2/7790155.jpg] is my favorite romance author. With her Reluctant Royals series and now this, the start of her follow-up Runaway Royals, she writes romance with a modern, inclusive, respectful, and sexy as hell take. Of course, there is always strife--no story is compelling without it--but most of it comes from the characters' own personal insecurities or pasts, which are not conveniently solved within the confines of the story, but instead treated realistically and have progress made before the end of the tale.

Sure, this is a rosy view of the world, but it's one I wish was real. And that's not bad at all.

Cole's wordbuilding in the first Reluctant Royals series continues in this new series, with beloved characters from the previous series' appearing as side characters, and the kingdoms of those royals coming into play. It makes sense, since one of the side characters from the first RR book is the protag in this one. I didn't think I'd speak of worldbuilding in relation to a romance series that's not urban fantasy or supernatural in some way, but here we are and it's fantastic.

I look forward to the next in this series--hopefully about that lost Mediterranean royal mentioned in passing and the great, spunky investigator that appeared briefly... :)

Alyssa Cole is always a great read and this book was no different. The heroine had a valid struggle and I 100% did not see the ending coming.

Another great story by one of the “queens” of romance!

I absolutely adore Alyssa Cole’s stories, especially her Reluctant Royals series. This first book in the Runaway Royals series was wonderful and I love how Shanti and Sanyu developed with each other and with the help of new friends. Overall, a wonderful tale of learning to trust, love, and make difficult choices to pursue happiness.

I received a free copy of this book from the publisher via NetGalley in exchange for an honest review.

Wow. There is so much to unpack in this book. and I will say the beginning was frustrating. But after the 200 page mark I realized why it was frustrating. You are reading about a queen who has no place in a society she has chosen to be a part of. A patriarchal society where women have no voice. And the new king, Sanyu II is so frustratingly checked out in the beginning of this. You just want to shake him and say "WAKE UP!!" But you realize why so much time was taken in the beginning. These systems don't happen overnight and they aren't dismantled overnight either just because a pretty new queen with new ideas shows up on your doorstep. Sanyu has also been brainwashed since birth so that just isn't going to easily change.
When Sanyu and Shanti start really working together and he comes out of his fog of depression and self-doubt is where this book really shines. It is so refreshing seeing flawed characters talk and discuss and argue their points to each other, and find resolutions to these problems. This is what marriage is about.
I found myself thinking about so many parallels to our currently real life society to this book as well. Coming out of a post-Trump era feels like Sanyu has woken up and put all the under represented groups at the table to find out how we can work together globally. its not gonna happen overnight but we keep taking the steps to make it happen and always have strength, intelligence, and heart in equal measure.
More...